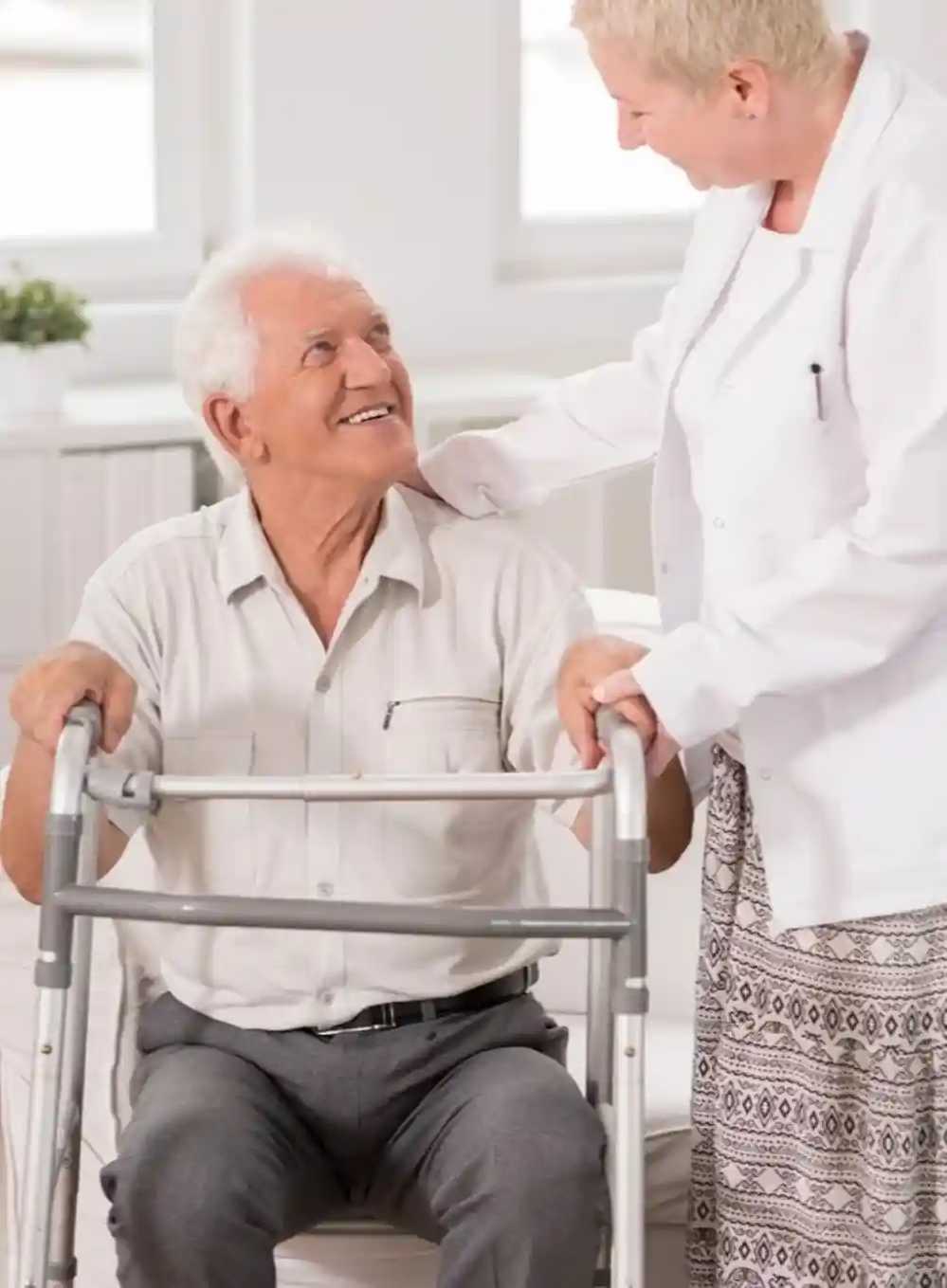 What is the Duty of Care Law?

The term ‘duty of care’ is often mentioned, but few people understand the intricacies of what it means. As the law surrounding duty of care applies to both private and public environments, to both businesses and individuals, it is important to understand the concept and its applications properly.

This article details the important aspects of the legal doctrine of the duty of care, and outlines how it came about and how it affects us all, including the Bolitho Test and economic loss. Ideal for students studying care alongside law, we hope you find it informative. For those wishing to access information relating specifically to duty of care for care workers, take a look at our article Duty of Care - What is it?

Duty of care and the law

The concept of ‘duty of care’ is an old one within the legal system, existing for many centuries. It falls under the tort of negligence, which is an aspect of civil law, and states that if a duty of care existed, was breached, and that breach caused harm, the person who owed the duty of care is liable for the harm.

Traditionally, however, such a concept only existed within certain professional relationships, such as between a doctor and a patient, or a blacksmith and his clients. In the 1930s, however, a case known as Donoghue v Stevenson was heard in the Supreme Court. Fundamentally, the producers of a bottled drink had been negligent in allowing a dead snail into a drink, which poisoned the claimant. The court decided that it was right for the defendant to be liable to the claimant because she was the end-user of their product.

The 'Donoghue v Stevenson' case of the 1930s, where somebody was poisoned by a dead snail in their bottle of ginger beer, was pivotal in the introduction of duty of care laws such as the 'Neighbour Principle'.

No such relationship existed within the common law system, so a legal doctrine known as the 'Neighbour Principle' was created. This stipulates that people must take reasonable care to avoid doing or not doing something that could foreseeably cause harm to their neighbours. For example, a driver’s neighbours are other road users and pedestrians, since they would be foreseeably affected by bad driving.

This principle was expanded into the Anns Test, which stipulated that the courts could choose to disregard a valid claim of negligence if there were valid policy grounds to do so. In other words, if doing so would set a damaging precedent for society, for instance, by forcing the police to be liable for failing to stop criminals from causing harm to individual members of the public, the police could not predict as being at any greater risk than the general public.

The final iteration of the test comes from a case called Caparo Industries plc v Dickman, and is as follows:

These are the basic rules underpinning duty of care. However, there are other special rules. Professionals have specific rules, and particular types of harm also have other rules. Professionals are under the jurisdiction of the Bolitho Test, which stipulates that things they do must be by recognised, reasonable practices.

Where psychiatric harm is involved, victims must prove how they were affected by a single, sudden, shocking event; those who were physically harmed are automatically Primary victims, and anyone who can otherwise prove that suffering psychiatric harm was reasonably foreseeable is also one.

Secondary victims are people who were not directly affected but suffered the harm through witnessing with their own unaided senses an event or its immediate aftermath that affected a person with whom they have a close relationship. The rules for secondary victims were created specifically to deal with the aftermath of the devastating Hillsborough disaster.

Where a loss suffered is purely economic, it is considered a breach of duty of care if the defendant carelessly gave advice to the claimant, knowing the purpose of this advice, and it was reasonable for the claimant to rely upon it.

Explaining the Duty of Care Law

So what exactly do these criteria mean for people, in public and business lives? Well, it is important to consider that the courts want to strike a balance between supporting claimants and protecting defendants, and the wealth of case law that has come in the 70 years since the Neighbour Principle was established has given some clear interpretations of how the law works.

This principle also applies in more technical capacities, meaning if someone has training in a particular area they hold a higher duty of care. For example, a crane operator would ask ‘what would the reasonable crane operator think?’.

At its highest level, the Bolitho Test exists for professionals to protect both them and possible claimants; a reasonable doctor may very well be doing something differently from a simple, reasonable man, but the extra stipulation of ‘reasonable practices’ exists to prevent the closing of ranks. If a judge thinks something a doctor does in a case was dangerously stupid, for example, the courts can very well disregard other doctors saying it wasn’t so.

A concept known as the ‘thin-skull rule’ also applies; the idea is that if you, for example, carelessly knocked someone off a chair, and they cracked their skull in half because they have weak bones, then you are fully liable for that damage even if the average person would not have suffered it.

Proximity is simple to understand. It refers to both physical and emotional proximity (the latter of which is something to watch out for particularly). Anyone immediately around you can be affected by your actions, so will be considered a ‘neighbour’ and someone to whom you owe a duty of care under the law.

For causing a car crash, somebody can be liable for the emotional damage sustained by the victim.

However, you also owe a duty of care to those who would be reasonably affected emotionally by their harm. For example, if you cause a car crash, and grievously injure someone, then you can be liable for the ensuing emotional damage sustained by their spouse. There are however protections here, as this is where the specific rules for psychiatric harm come into play.

A victim must suffer a recognised psychiatric disorder, which discludes such things as phobias and ordinary feelings of grief, and this must stem from a single, sudden, shocking event (like a train crash).

In the example of the car crash above, the spouse would have to satisfy the conditions of the Alcock criteria established after the Hillsborough disaster; they have to prove they have a close relationship (the court classes spousal, and parent/child relationships as close by default) with the victim, witnessed the event or immediate aftermath (seeing their spouse’s brutally injured body at a hospital), and did so with their own unaided senses (seeing it in person rather than, say, on television). There is also the consideration that people have ‘reasonable phlegm and fortitude’; if you meet all the criteria, but the thing that caused the shock was something objectively not traumatic, the court can reject your claim.

Criterion number 3 of the Caparo test is likewise a simple principle and exists to make sure that rulings that may be just for the claimant but damaging to society at large are not made.

For example, during the investigation into The Yorkshire Ripper, police correctly suspected Peter Sutcliffe to be the murderer but he was able to kill another victim before he was apprehended. The woman’s mother tried to sue the police for her daughter’s death. Whilst faster action on the police’s part would have protected Sutcliffe’s final victim, the court decided that holding the police liable for her death would be bad precedent; there was no way to predict that she was any more likely to be targeted than any other girl in Yorkshire, and if they ruled in favour of the girl then they would open the police up to being sued anytime a crime was committed.

A claim in duty of care must prove that the duty being breached caused the harm, which is where the idea of remoteness and the ‘but for’ test enters the law. This concept exists primarily to stop cases spiralling out of control and to protect defendants from being sued for things they had no control over, yet also providing a level of care for claimants to be able to see them get compensation.

This principle boils down (again) to the idea of reasonable foreseeability; as an example, if you cause a car crash and cause the claimant to have their leg amputated, then you are responsible for that damage. This is because ‘but for’ your negligent driving, they would have two legs. That, however, is all you are liable for. If they were to in the future suffer further damage as a result of, say, falling over because they didn’t secure a prosthetic limb properly, then you are not liable; whilst it is true that the fact they need the prosthetic is your fault, it is unreasonable to expect you to pay for their damages because the fall wouldn’t have happened ‘but for’ the, not putting it on properly.

Finally, we consider pure economic loss, also known as a negligent misstatement. Ordinarily economic losses typically occur as breaches of contracts, and so would fall under contract law. Negligent misstatement covers situations where there isn't a contract per se, but advice was still given and acted upon in the form of a ‘special relationship’. A claimant, in this case, must reasonably believe that the person giving them advice is an expert in the field that the advice is being given in.

If your friend is giving you information about a car, and repeatedly telling you that they know a lot about cars and that they can be trusted, then you would be considered to have reasonably relied on the advice if the car you bought because of them broke down after 10 miles. Likewise, the defendant has to know the purpose for their advice; in that car situation, if your friend didn’t know you were actively buying a car and thought you were just having a conversation about your favourite models of car, then they wouldn’t be considered liable.

Finally, the defendant has to have known, or should have known, that the advice was going to be acted upon without any other kind of consultation on the claimant’s part with a third party; this would all ultimately lead to a situation where a claimant has acted on advice from someone who they have no reason to not view as an expert, and so they trust them and lose money because of it.

Duty of care can be a complex area of law, but it affects all of us. It is vital to have some understanding of how it works, both so you know when you have been affected by a breach and when you are meant to owe one. Doing so will place you in a much more secure and safe position.

Our Duty of Care Awareness course trains staff in developing health and social care relationships, as well as the duty of care safe practice and support and how to deal with complaints, incidents and confrontations.

Caring for vulnerable people requires alertness to any threats to a patient's health. Due to their vulnerability, patients are ...
Start Reading
Flexebee Jun 17, 2020 8:01:50 PM 10 min read

Preventing Falls - a Guide for Carers

One of the more important and easily overlooked aspects of care involves the prevention of falls. When caring for those with ...
Start Reading

Stay in the know: